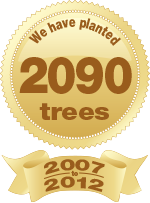 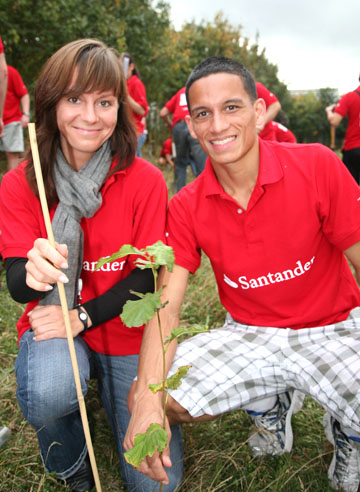 Pictures from at Mayesbrook Park

In September 2011, Santander staff from all over the world took part in a unique teambuilding event which brought together employees from 16 different countries to undertake a 110 mile run.

The international team also had the chance to contribute to the legacy of the 2012 Olympic Games, taking place in London next summer. Part of the visit involved the team undertaking a volunteering project with pupils from Manor Junior School to plant trees in Mayesbrook Park, a 110-acre park in the east of London which is one of the Olympic legacy sites.

Pupils from Manor Junior, Sandringham Road, Barking, joined Santander staff to plant a total of 340 saplings. Headteacher Caroline Drumm said: “It was a fantastic opportunity for the children.”

The 60 employees won competitions to take part in the event and represent more than 200,000 staff at one of the world's biggest banks. The international team raced from London to Santander's main office in the East Midlands as part of a global HR initiative to raise awareness of the company's values.

In November 2009, Santander planted 1000 broad leaf trees in schools across the UK, helping pupils and students to make the world a greener place. The Tree Appeal team visited 12 schools along with staff from local Santander offices to help the children plant the trees in their school grounds.

You can see pictures from the planting days here: 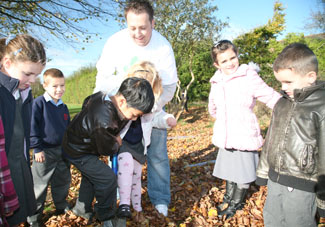 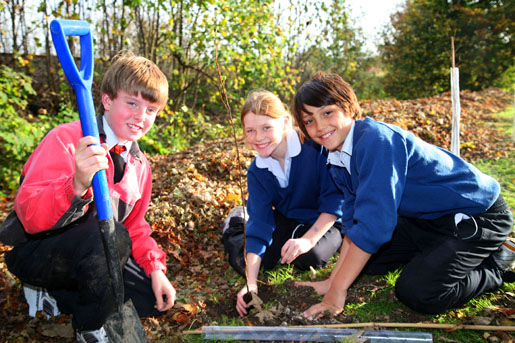 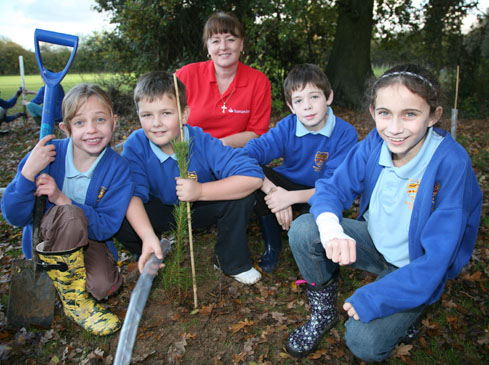 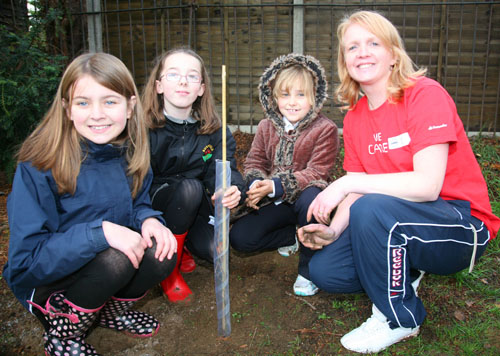 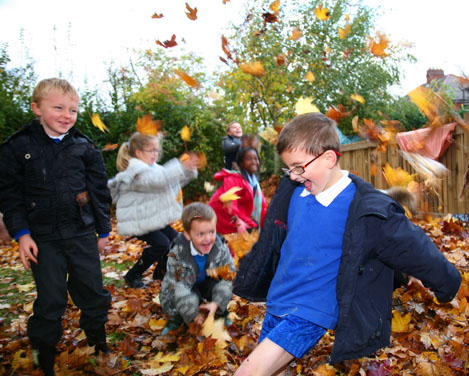 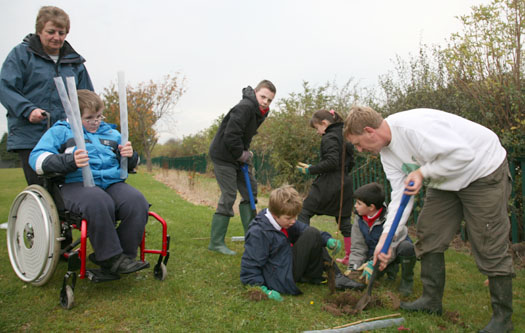 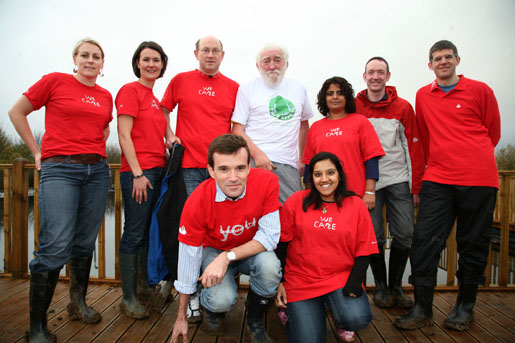 See pictures from our planting day at West London Academy 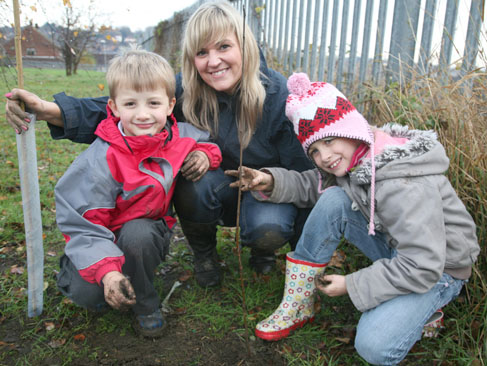 See pictures from our planting day at Cobden Primary, Leeds 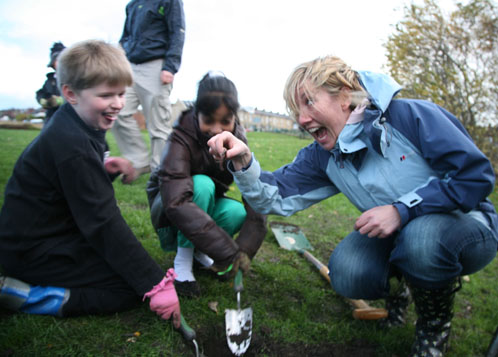 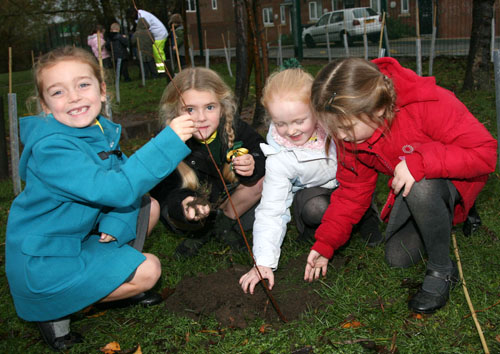 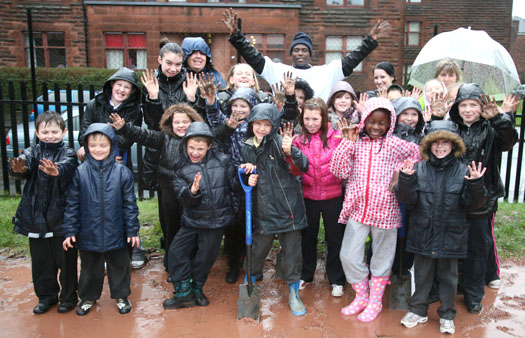 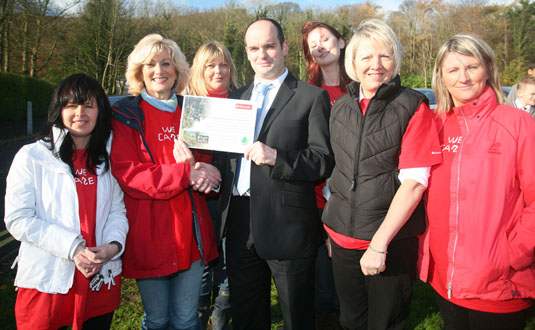 See pictures from our planting day at Our Lady of Lourdes Primary School, Belfast

Celebrating the 150th Anniversary of Santander

A number of schools across the UK have been busy designing an eco friendly garden for a children’s hospice in celebration of Santander's 150th Anniversary. Over the course of 2007, Santander the Spanish Bank, Abbey’s parent company have been celebrating their Anniversary by having a number of events and activities in different countries aimed at shareholders, customers, employees and the general public. See pictures from some of the planting days here: 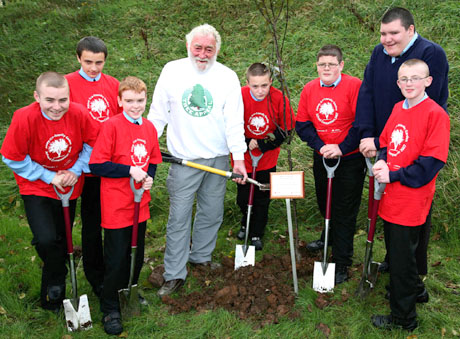 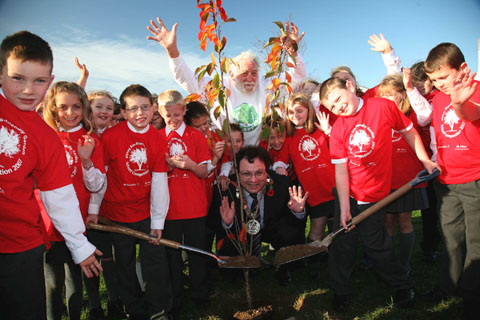 See pictures from our planting day at Argyle School, Camden 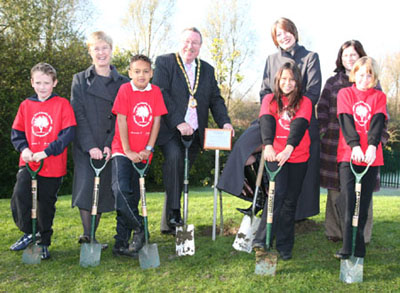 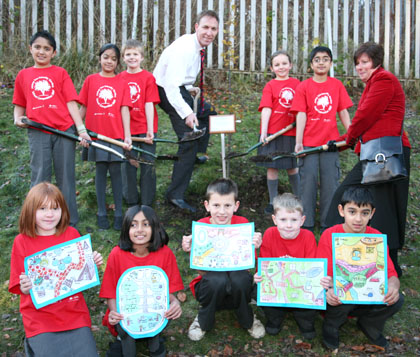 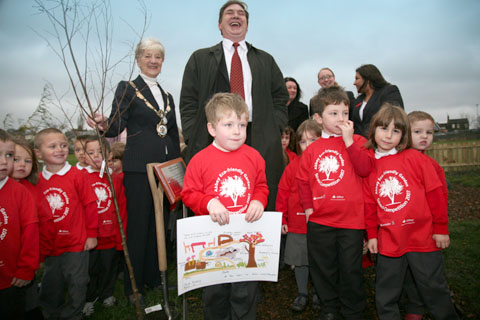