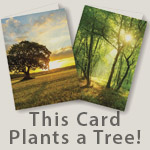 See what Tree Appeal can do for your business 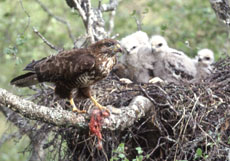 For most of our history it was easy to hold the misguided view that our environment was solid and robust. In our pursuit of progress and financial gain we inflicted countless assaults upon it, never fearing that it would not recover from such an onslaught. Our disrespect for our environment continued and escalated over the years without us once considering the consequences of our actions.

Only in recent years has the stark realisation that our planet’s ecosystem is actually interconnected and intertwined become self-evident with the decline or extinction of many species of plants, animals, birds and insects.

It can sometimes seem that many of the endangered species of wildlife and woodland habitat are in distant countries and that we need to focus on saving the tiger, panda or whale. It's easy to overlook our very own ecological heritage and recognise our own endangered species such as the water vole, common dormouse and pipistrelle bat. 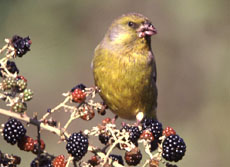 Governments throughout the world have put the environment very firmly on their agenda. At the Earth Summits held in recent years, the United Kingdom Government, like many others, signed the Convention on Biological Diversity and agreed to meet the targets set. The recognition of the need to protect the biodiversity of the planet from very real dangers such as pollution, global warming, unchecked economic growth and exploitation of natural resources was highlighted.

The need for more trees

A considerable percentage of our native broad-leaved trees are in their latter years of maturity which makes them very vulnerable to storm damage and natural decay. 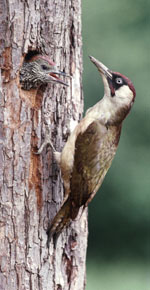 Over the last 50 years, 45% of our ancient, semi-natural woodland has been cleared or converted to commercial plantations. This loss was further compounded by additional losses of approximately 19 million trees that were destroyed in the storms of 1987 and 1990. It is also estimated that more than 30 million trees were killed by Dutch Elm Disease. Now Ash Dieback is looking to be an even greater threat to our population of trees. There are 80 million ash trees at risk, which represents 10% of our native trees.

The results of our encroachment and destruction of woodland habitat by deforestation during the last century, in this country alone, has seen more than 100 species of animals become extinct with many more on the endangered list. Nearly a fifth of Britain's wild plants and flowers are under threat and the chances of seeing many of them in the wild are growing slimmer by the year.

Trees provide woodland habitats for a wide array of plants, flowers, birds, mammals and insects. Without these vital habitats and the means to propagate and pollinate, many more of our valuable plants and wildlife would suffer as a direct consequence. With tree planting you can make a very real contribution to the environment and take a positive step toward offsetting your company’s carbon footprint.