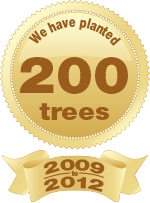 Funny Wonders is a Buxton-based organisation that creates puppetry and multi-media performances working with groups and individuals of all ages to promote inclusive learning and creative expression in a supportive environment.

We work with many types of puppets but particularly shadow and Bunraku-style. From the initial idea to the final performance, everything is created from within the organisation. We write scripts, write and perform music, provide sound, lighting and projection, plan and organise logistics of the performance, perform through acting and puppet theatre, market and raise funds for the performances and have a whole lot of fun whilst doing so. We have regular team building and group activities and encourage participation on all levels and with any activity.

Funny Wonders began in the late 1990s as a Saturday morning puppet-making club around the Agnew’s dinner table. The name ‘Funny Wonders’ came from a resourceful mother of six who said the phrase “you can do funny wonders with a pound of mince”. In 2000, the voluntary organisation was formed and became involved in local events, creating and performing puppet theatre shows and running workshops. 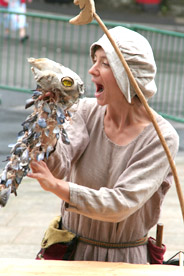 Funny Wonders members develop life skills through participation and puppetry including teamwork, friendship and handling responsibility; they employ their imagination, learn the importance of contribution and respect for others, develop skills in creative performance and movement all within a safe, fun environment where no-one is excluded or ignored. We believe in the talents, capabilities and skills of young people and for this reason our Youth Group is youth-led with skilled adults offering support and guidance.

Funny Wonders and the British Puppet and Model Theatre Guild launched the first Buxton Puppet Festival in 2003. Since 2007, we have partnered Buxton Opera House in presenting the annual event. Between 2000 and 2008, we have performed at various Buxton festivals and carnivals including one with a M.A.S.S.I.V.E elephant. We have run various Saturday morning/after-school clubs and puppet-making workshops including a residential weekend at Losehill Hall, Castleton. Other projects include a Shadow Nativity at Poole’s Cavern, a trip to Sapporo, Japan in 2007 as part of our international exchange programme with Yamabiko-Za Children’s Theatre and in 2008, the FW Youth Group performed their production “The Silk Road” at the Buxton Opera House during the 2008 Buxton Puppet Festival. We are now Funny Wonders Inc., a Community Interest Company that will continue to develop participation through puppetry and multi-media performance.